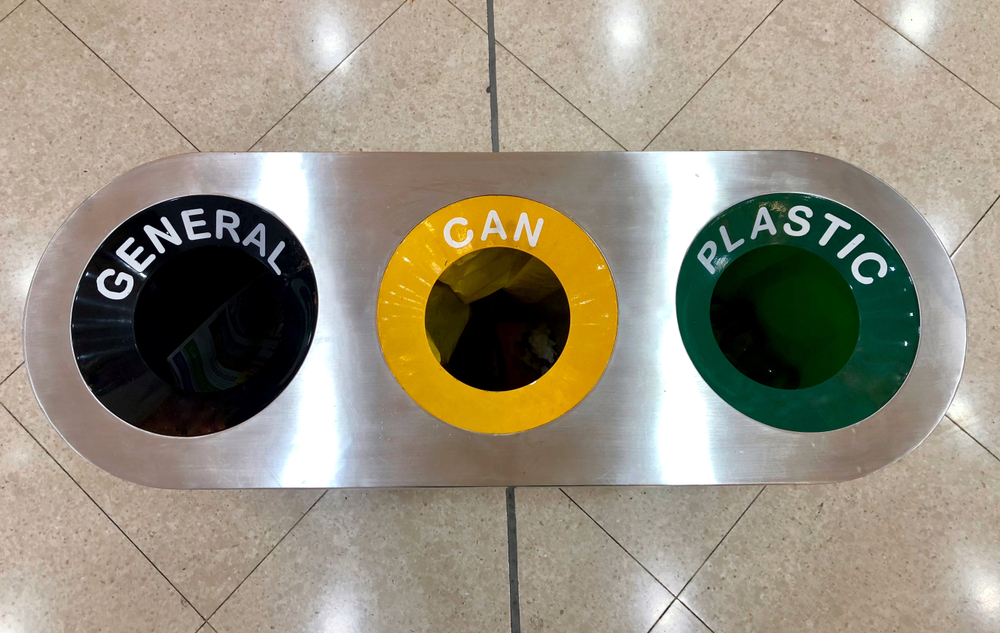 The Future of Household Waste Management

One of the more humbling facts about modern life is the fact that, for those with the privilege to live in first world countries, the reality is that our standard of living has never been higher in human history. Our standards of food, medicine, living conditions and even waste management have all improved massively with each new generation.

But do you know what’s an even better realisation? The fact that our children will no doubt have a quality of life that far exceeds our own.

So let’s have a friendly look towards the future and find out just what awaits us in the world of modern waste management.

While thermal technologies have seen the biggest growth in the last decade, biological technologies hold great potential and could provide a major breakthrough in the energy sector.

Thus, a new (and very promising) generation of companies is coming to life. Companies like LanzaTech are starting to use bio-tech to literally eat away biodegradable trash to convert said waste into a form of bio-fuel. Pretty cool, huh?

Another almost sci-fi example is Novozymes, a company that created a solution which converts used cooking oil into biodiesel. Alchemists, eat your heart out!

The Circle of Waste

One of the big things in waste management is the idea that items have a shelf life that means things must be “thrown away” eventually. Even the word implies wastage. Well, that line of thinking is changing rapidly, and items are now being recycled more efficiently than ever before.

A step up from that is the integration of wider economic systems, with certain initiatives for designers and manufacturers taking effect in the not too distant future across the globe.

By 2025, we can expect waste management companies to step up and switch from burning and burying waste to returning it as valuable resources to manufacturers.

Manufacturers themselves will need to “rewire” their process and think of today’s goods as tomorrow’s raw materials, making those initial steps towards a more renewable, long term business model. With this, the quality of the products themselves will change for the better, so that they last longer, are easier to repair and to dismantle.

This is mostly done, on a more literal level, by closing what’s referred to as “resource loops” in the process of using key materials for goods in the marketplace, seeing through the lifespan of a product from it’s initial usage all the way to its final usage much later.

This should hopefully create in the next decade or two a complete and harmonious system of circular good use and minimal waste creation.

Here’s undeniable proof that we are spoiled for choice and living a (bit too) plentiful life: half of the food produced on the globe ends up in the bin. The Government estimates food waste costs the Australian economy $20 billion each year! We’re all guilty of wasting food, but how can we change that?

An idea that is becoming more popular is that of implementing smart cards, which would charge consumers for the waste they produce. This might sound a bit harsh, but this sort of measure can change public attitude faster than you can say “food waste”.

It has already been tried and successfully tested in South Korea – residents scan their smart cards, weigh their rubbish and are billed for the corresponding wastage. This would make anyone think twice before chucking those leftovers in the bin!

The future is bright if companies and consumers are prepared to take the plunge and commit to a more sustainable future, changing their attitude to rubbish.

In the meantime, Bonza Bins are here to help you take care of your waste. For skip bins in Fremantle and other South of the River suburbs, get in touch today! 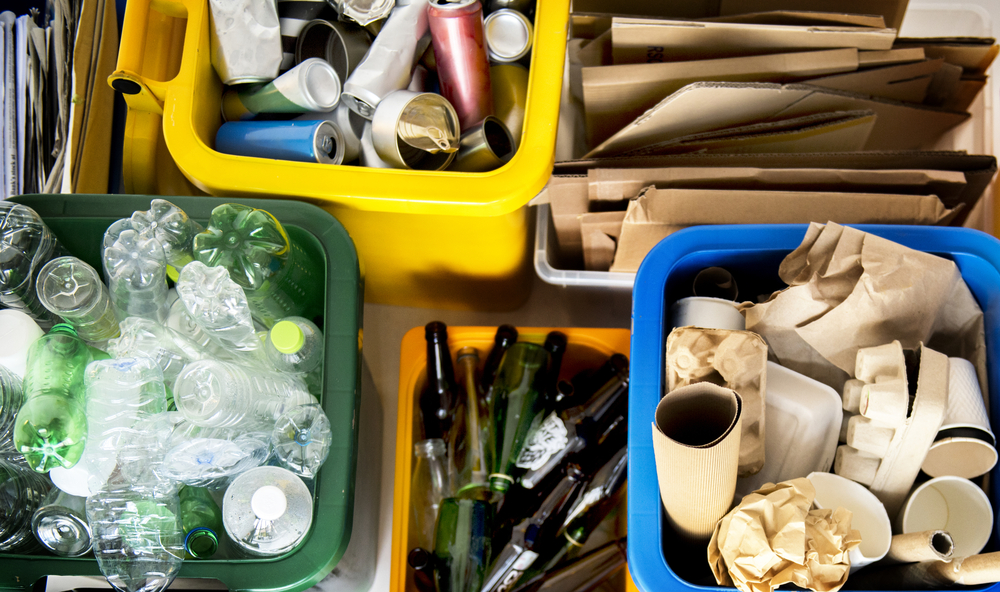 Everybody knows about recycling, but it seems like fewer people really know the ins and outs of how to do it in detail. With climate change on the rise, however, it seems like now is a more important time than ever to try and bring down our carbon footprint and recycle as much as we can to keep our planet as healthy as possible.

First off, let’s cover the basics here. In Australia, most home recyclables can essentially be broken down into one of two categories:

Items you can recycle that are paper and cardboard usually take the form of one of these listed below:

As a side note, in case the above seems confusing, most items made of certain plastics aluminium, steel and glass can all still be recycled, so don’t immediately go for the waste bin with these items.

This is also a pretty good segway towards another neat little list we have on stuff that can’t actually be recycled:

Most of those should honestly be pretty obvious. But we won’t judge if you were taken by surprise by at least one.

Most grocery stores actually will take back plastic bags for recycling purposes, so you can, more often than not, simply hand them over on your next groceries trip.

For the most part, there are actually a massive number of specialist recycling programs that you can take advantage of that handle everything from soft plastics, tubes and everything in between. 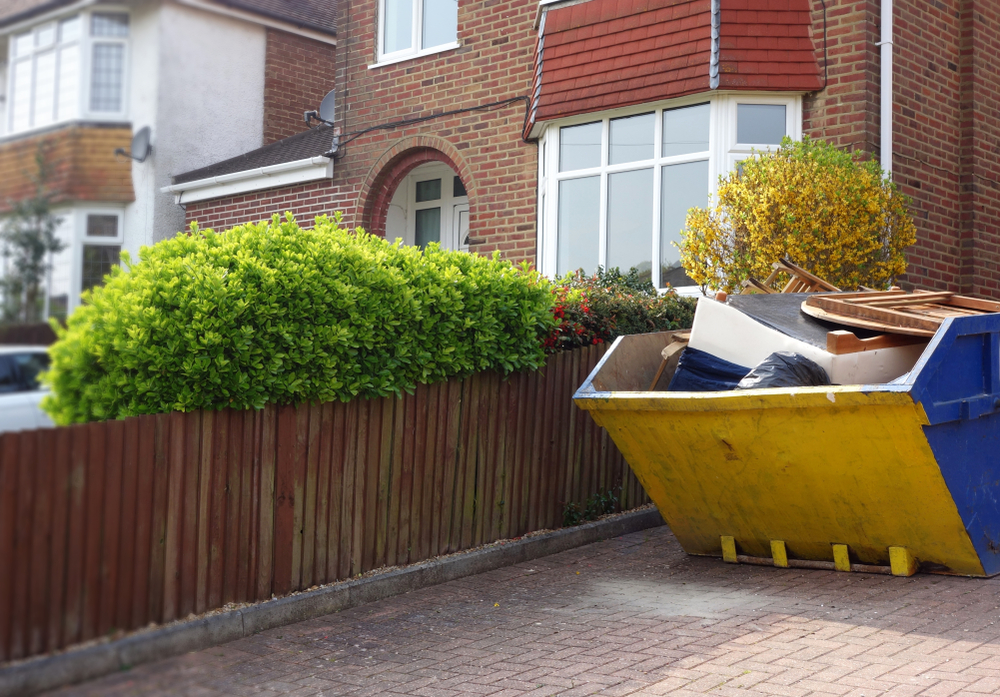 Moving is always an equally exciting and terrifying experience. On one hand, you have the joy and novelty of moving into a new home with new surroundings.

On the other hand, moving house also means dealing with the massive amount of waste that seems to suddenly multiply the minute you start breaking out the moving boxes. It’s a terrible reality we all have to face when moving, but luckily there is a way to stem the tide of junk and waste from ruining an otherwise pleasant moving experience.

Establishing a checklist of everything for moving is going to help massively with your experience. Go room by room and figure out what you need to take and what you don’t. This is going to help keep you organised and make things a lot easier when it comes time to actually unpack all those boxes. Similarly, you’re also going to be able to actually keep track of what you’re doing without getting scattered and distracted every few minutes. (Don’t worry, we’ve all done it. No judgement.)

The Early Bird Gets the Hell Out of the House

Start packing early. That sounds super obvious, but the reality is that for most, the idea of moving never really seems to settle in until the moving truck arrives. Get started on your packing a few weeks beforehand and start slowly chipping through your list of stuff until the big moving day arrives. You’ll be ahead of the game with your prep and you’ll be able to suss out what is and what isn’t junk well beforehand, making getting rid it much simpler and quicker.

Now, we know we said earlier that you need to make a checklist, and that’s still true, but we’d also recommend running a second list that specifically covers junk. That is going to make double sure that you know exactly what items are in your house that you won’t be taking to your new home and what needs to be thrown away. Once you have that list, it’s going to be a lot easier to figure out how to get rid of everything.

Get Your Electronics Organised

One of the biggest barriers to effective waste management is figuring out just what to do with all of those damn batteries and electronics that always seem to multiply when you’re not looking. Whether it’s batteries, cables or old cell phones, the piles of unused electronics always grow and there never seems to be any clear idea on how to get rid of them!

Most of the time, a rubbish removal company will happily take care of this issue for you if you can’t be bothered. However, in the event you’d like to handle it all yourself, then get that e-waste organised and ready in its own separate box and deliver it to your local drop off point, which is usually somewhere near a library or youth centre in your area.

If you’re unsure, have a look through your local council website to learn where the drop off point for e-waste is located.

And that’s it! Follow these simple rules and you’ll be well prepared for whatever your house throws at you!

Need help with environmentally friendly waste management in your home or business? Contact Bonza Bins today for premium South of the River and Fremantle skip bins. 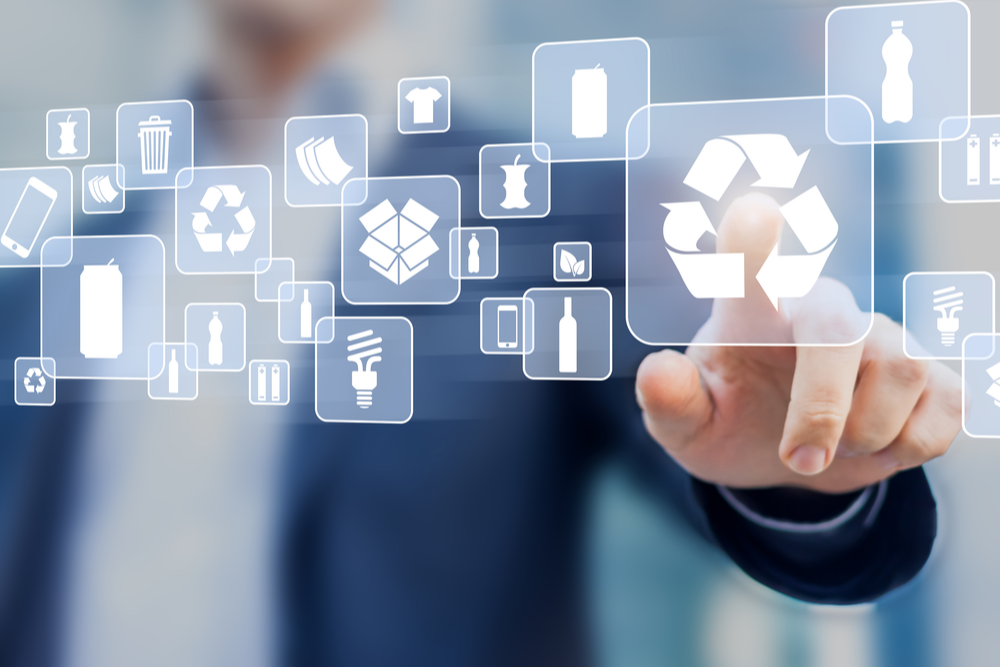 In history, the (lack of) waste management decreased sanitation, urban living levels and led to widespread diseases. Now, with a growing population and climate change threatening our environment, many people are rethinking our pollution on a global scale, and in the home.

Sanitary landfill refers to the well-designed and engineered set-up to ensure environmental protection. It’s all about the layers:

Landfill has been a relatively inexpensive and convenient waste management option for some time. However, it’s not the most environmentally friendly technique and not viable for generations to come.

While it may not sound particularly ground-breaking, recycling is the most common and potentially advantageous waste disposal method, and it’s constantly being refined and improved! It’s great for the environment and provides economic value to the individual and the economy.

Responsible waste disposers will always promote recycling. It’s one of the most environmentally-friendly things you can do when considering waste removal options. Eco skip bin hire companies will separate the waste according to its recycling abilities, maximising the amount that is repurposed and reducing the amount put into landfill.

Cheap, easy and natural, composting breaks down organic waste and turns it into rich manure.

Composting your organic waste greatly improves soil quality. Instead of binning your ‘scraps,’ put them on your garden soil, mix it through and see for yourself how healthy it will become.

Similar to composting, biological reprocessing is only applicable to organic waste, such as:

Biological reprocessing helps speed up the natural decomposition, forming a mulch or compost which is fantastic for agricultural purposes.

Incineration and Waste to Energy

Waste reduces by an average of 95% when processed in an incineration plant. It’s great waste management for areas with not a lot of land and there’s no lingering bad smell or methane production.

However, a lot of resources are needed to incinerate waste. On the bright side though, the energy produced can be used for many other purposes.

Waste to energy saves the planet from non-recyclable items. This waste management technique generates heat, electricity or fuel from the waste. The waste to energy technology is a modern alternative to fossil fuels and helps reduce carbon emissions – Bonus!

Constant revisions of waste management techniques are vital for our future. From industrial to residential waste, these modern techniques are great in destroying the majority of our waste, even repurposing it for the better.

Bonza Bins are the leading environmentally friendly provider of skip bins in Armadale and around Perth’s southern suburbs.